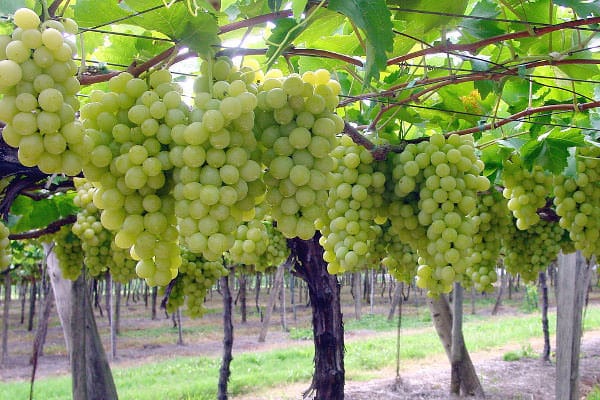 The city is famous for the production of edible grapes and traditional statuettes, practiced since the Neolithic period and today linked to the production of clay pots and the typical terracotta “whistles”. The traditional “City of Rutigliano terracotta whistle fair” is dedicated to them, held every year on January 17th, the liturgical feast of Sant’Antonio Abate.

Where is Rutigliano located?

The town of Rutigliano is located about 20 km from the Apulian capital, on the first hills of the Murge at about 100-200 m a.s.l.

The geology of Rutigliano is characterized by outcrops of chalky rocks rich in fossils, such as the remains of a 90 million year old fish found in the Annunziata area. The surface is characterized by the presence of clay, particularly useful for agriculture.

Visit our Bed & Breakfast in Rutigliano where to stay in order to visit it.

What to see in Rutigliano? 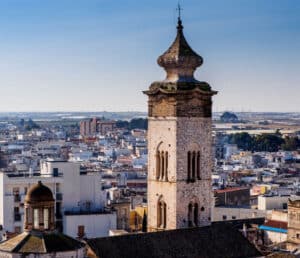 Norman Tower
The Norman Tower in the historic center is the only survivor of the four towers that originally made up the fortress, connected by a high wall. The tower is 34 meters high and 8.3 meters wide, with a square plan and walls 1.90 meters thick. Its construction dates back to the 11th century.

Church of Santa Maria della Colonna and San Nicola
Built in a period when the Normans controlled the ancient “Church of Saints Peter and Paul”, in the Council of Melfi (24 August 1059) Pope Nicholas II granted it the privilege of complete independence from the “Diocese of Nullius” – the nearby Vescovato from Conversano – and in 1108 it was dedicated to “Saints Peter and Paul”. 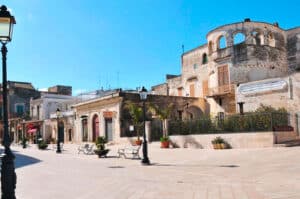 At one time the brasciole (careful: with the “s”, so as not to confuse them with “chops” which are quite another thing …) were cooked the day before and kept warm in terracotta pans wrapped in thick cloths, because in Rutigliano on January 17 people avoided lighting the fire (and therefore cooking), out of respect for Sant’Antonio Abate who, according to a local legend, would have saved the life of a man devoured by flames.

The donkey used for brasciole was once actually the “mule”, a faithful workmate of the farmer, who when he was getting older and his strength inexorably weakened, was replaced by a younger “colleague”, led to receive the blessing from Sant’Antonio Abate on the day of the feast: still today in memory of this custom, during the very popular rite of the blessing of animals, in the afternoon of January 17, the “ride of horses and mules of Sant’Antonio Abate “.

Do you want to taste the typical dishes of Rutigliano’s cuisine? book your table now!

What to do in Rutigliano?

Since 1960 a grape festival (Sagra della Uva) has been held annually, organized by the Municipality of Rutigliano and by the civic association Sagra della Uva. On this occasion, a competition is organized in which grapes are the protagonist. The grape with the heaviest weight is declared the winner. Another important industry in Rutigliano is the production of cereals, especially wheat: “F. La” Divella S.p.A. “, founded in 1905 by Francesco Divella, produces flour, pasta, biscuits and snacks, as well as canned rice and beans. , extra virgin olive oil, vinegars, tomato sauce and other food products exported all over the world.

Visit our B&B in Rutigliano where to stay in order to visit it.

The history of Rutigliano:

Rutigliano, like many southern centers, was born, in the early Middle Ages, from that phenomenon called synecism, for which the population dispersed in the countryside, or in villages settled mainly along the blades, coagulates around sites characterized by some form of authority, secular or religious. Many villages such as Bigetti, Timine, Casilia, Cabiano, Minerva, are abandoned to give life to the “loco Rutiliano”. Subsequently the Normans, with their feudal lords, will give life to the turning point that will transform the city from locus to castellum Rutiliani.

Not coincidentally, the medieval village is also located on a high ground, surrounded by a secondary drainage channel called “Lama della Corte”. It appeared, in the mid-eleventh century, wrapped around a primitive fortification of the probably Byzantine era then restructured and enlarged by the Normans.

Where to sleep in Rutigliano?

Choose your home! to sleep near Rutigliano in a B&B with swimming pool.

Visiting Rutigliano means getting lost in the streets of the historic center, among the architectural and landscape beauties, letting yourself be infected by the enthusiasm of those who spend their time in protecting and promoting them.

Living Rutigliano, even if only for a few days, means empathically getting in touch with the local people and discovering our wonders with an open mind.

Do you want to visit Rutigliano and save on the price of the B&B? Check our availability and ask for a discount!